Marc Merrill is the co-founder of Riot Games, the company behind the worldwide gaming sensation League of Legends. As of the beginning of 2020, League of Legends has over 100 million monthly players.

In 2005, Marc and his now co-founder Brandon Beck were typical college roommates — going to class, playing video games, and dreaming up ways to transform the gaming industry. Their idea was to develop a game that would only make money selling virtual goods within the game itself.

Both Marc and Brandon are non-technical co-founders, so they needed to put together a team that could make their dream a reality. They spent the next 12 months mapping out a business plan, overcoming every obstacle they could find, and finding funding to start building a team.

Go to Freshbooks.com/HACK and enter HACK THE ENTREPRENEUR in the “how did you hear about us” section. 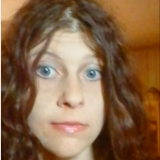 Emilie Syverson is an on page SEO specialist at Hack the Entrepreneur. She's also an experienced copywriter specializing in copy for digital marketing agencies.